Lots of people can bake. We go further.

DEBAG Deutsche Backofenbau GmbH was founded in 1911 as a family business. The company can look back on over 100 years of experience in the development and production of high-quality oven technology. German engineering and a passion for the traditional bakery trade have made the company what it is today – one of the world’s leading manufacturers of oven, baking, proofing and refrigeration technology.

DEBAG’s customers include bakeries, food retailers and catering businesses such as hotels, restaurants and service stations. As a global player, DEBAG operates in more than 50 countries worldwide and has foreign companies in France, Poland and Russia.

Founding and the early years

In 1911, Alois Paul Linder set up his own baking oven technology business in Munich, thereby laying the foundation for the DEBAG company as it is today. His business initially developed and built brick ovens.

Invention of the MONSUN system

Inventing the MONSUN system was a breakthrough for Linder. In 1936, he registered the patent for his new baking technology. Due to increasing demand the production facility in Munich was continually expanded. Even World War II disrupted the success story only briefly.

Growth to become the market leader in traditional ovens

Production started again as early as 1945. In the following decades the family business saw solid growth, becoming the market leader in the production of traditional ovens in German-speaking countries. International commissions and deliveries to Asia, Africa, South America and North America ensured further growth for the business.

Strong together: the new DEBAG

At the start of the 90s came the merger with BOFABA, the only baking oven company in the GDR, which had been integrated into the “Fortschritt Landmaschinenbau” [‘Advances in agricultural mechanical engineering’] combine at the start of the 70s. This led to the creation of the DEBAG company in its current form with its headquarters in Bautzen. The Munich site, meanwhile, was closed down.

The turn of the millennium marked a breakthrough for DEBAG. The export business grew rapidly – initially in Europe and then, a short time later, globally as well. New markets and customer groups opened up. This went hand in hand with the development of numerous new products – in close collaboration with its partners within the company group, AlexanderSolia and ascobloc.

International branch offices were set up in Poland, France, Russia and the USA.

Today, DEBAG is one of the world’s leading manufacturers of oven, baking, proofing and refrigeration technology. As a full-service provider in the segment of technical equipment for bakeries, DEBAG is able to supply all products and services from a single source – worldwide in over 50 countries.

A strong team at the helm

The corporate management team at DEBAG unites many years of experience with an extensive set of skills. Each member contributes in a variety of ways to the well-being of our customers and employees, as well as to the advancement of the corporate philosophy.

Our guiding principle contains the corporate objectives and principles for our cooperation with customers, partners and suppliers as well as within our group of companies. It serves as a compass for our daily actions and helps us to stay on course – to become a little better every day.

At home in the global market

3 branches
in France, Poland and Russia

Represented
in over
50
countries

Here’s what our customers have to say 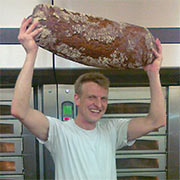 “We rely on DEBAG. A constant supply of innovative ideas for the bakery trade, as well as top baking quality from the DEBAG ovens for production and stores.”

“I have been a satisfied DEBAG customer for years now and not only because of the ovens, but also due to DEBAG’s customer service: fast, uncomplicated and professional – just what you want from a partner business. The most critical aspects to me are the DEBAG service team’s reliability and short reaction times. And the best thing is that I can find everything I need in one place at DEBAG: ovens, cooling technology and the service I want – absolutely ideal!” 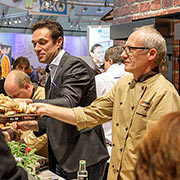 "My employees are getting along very well with operating the HELIOS oven and I am very pleased with the punctual baking processes on site, which produce excellent results in my speciality baguettes. Sales of my “unsere Besten” [“our best”] rolls and baked pretzels have doubled thanks to the noticeable increase in quality. We have seen a significant reduction in energy costs in the bakeries as a result of the stoves being operated individually. The DEBAG company and its employees on site proved to be skilled and helpful during the decision-making phase and when it came to implementation."

Strong together: the DEBAG Group

Benefit from our many years of extensive experience in all areas to do with baking and catering technology. Thanks to close collaboration within our corporate group we can offer you all benefits and services from a single source.

DEBAG is among the leading companies in the world for oven and baking technology, as well as for proofing and refrigeration equipment. The portfolio also includes baking software and assistance systems for the automation of baking processes, as well as an extensive service offering.

The latest up-to-date system solutions for providing large-capacity kitchens with technical and mobile equipment: from thermal devices, refrigerators and freezers to stainless steel furniture, cafeteria and free-flow systems, through to custom-made food distribution systems. Ascobloc stands for high-quality, ‘made in Germany’ catering technology.

The market leader in universal large-capacity kitchen machines in Germany has the right device for every kitchen-related requirement: from slicing vegetables, grating, grinding, peeling or washing through to processing raw pastry. AlexanderSolia machines impress with their high-quality technical workmanship and their ergonomic design.

Innovation for the baking industry

Simplified processes and increased convenience for the user – combined with low energy consumption and emissions levels: This is progress that makes sense. Discover here which of our innovations will shape the future of baking.

Simplified processes and increased convenience for the user – combined with low energy consumption and emissions levels: This is progress that makes sense. Discover here which of our innovations will shape the future of baking.

The baking technology we have developed is a byword for baked goods of outstanding quality – making maximum use of the baking surface area while using the least amount of energy possible.

And our current job openings.

In our news section you will find an overview of all the news, trade show dates and events.

To the News section